John Cena is without a doubt one of the most outstanding professional athletes in the game of wrestling, and every bodybuilder can’t help but notice his gains. So built and massive is the guy that questions now arose whether his gains are natural or if they have been enhanced with the use of steroids.

With a weight of 114kgs, a height of 6ft 1” and a body fat of below 10%, it would be inspiring to know just how John Cena managed to achieve this incredible built, claiming to have been lifting weight for only six years. During a television interview, Cena vehemently denied claims of him using steroids to enhance his muscles. He claims that all his gains are natural and that he has never employed the use of any form of steroids in his bodybuilding journey.

However, critics claim otherwise, and there are certain subtle indications in Cena’s body to suggest that he might as well be telling lies about not using steroids.

But before looking into the specifics of how and why he may be not be telling the truth about his muscle gains, it is important to understand that John Cena is an accomplished and professional athlete who has put a lot of work and dedication to become top of his game. In the numerous interviews he has attended and where the questions of how he grew his muscles surfaced, Cena has always stressed on a proper diet as well as working hard in the gym.

According to him, the results you are seeing on his body, and which some of you may be doubting is due to diets specially designed to allow for bulking and for adding raw power. Whatever he eats goes hand in hand with the intense workout sessions he usually has in the gym.

It should be clear to everyone that for you to have a body like John Cena’s then your diet must feature all nutrients and in the right proportions. However, to build muscles and bulk up appropriately, you will have to give a lot of prominence to proteins. In Cena’s case, for example, those close to him say that he is a relentless eater and will usually stuff himself on whole eggs, deli meats, salmon, steaks, beans and a variety of fruits and vegetables.

Other than the diet, Cena is also a gym enthusiast who will leave no stone unturned in building the muscles and the strengths he needs to look the way he looks like at the moment. To begin with, he works out only five days a week, but you can be sure that his workouts are thundering by nature. His workout regimes are incredibly vigorous, that most non-professional bodybuilder will think twice before copying. Most of the workouts he does are high impact and they feature different kinds of core training, weightlifting, and aerobics.

How Cena Manages to Stay Lean

If you know anything about bodybuilding, then you know what a relapse or hitting a plateau means. It is a period when the body becomes too used to your workout regime that the workouts are no longer beneficial. It means that the routines have lost their impact, and this will lead to a gradual but definite stop of the process of growing lean muscles and bulking. 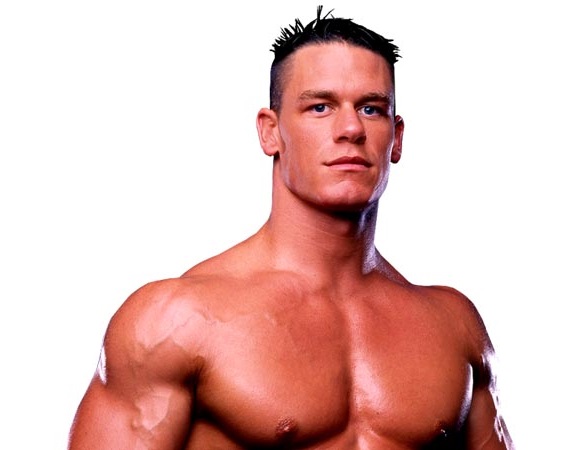 This is a concept well understood by the professional wrestler, and to avoid it, he changes his routines regularly and embarks on new challenges that will make him continue growing. He is also in the habit of changing his pace during the workouts so that he can push himself to new limits for more growth.

Signs Cena may be using Steroids

That John Cena is working hard and eating right is not questionable, however, there are subtle pointers that he may be enhancing his workout and diet with supplements for the massive gains we see today. Here are some signs of steroids we see in him to give credence to such claims-:

Sometimes John Cena’s skin may be seen to have a pinkish coloration. This is something that would normally happen when the body temperature is slightly elevated and it is a common occurrence when you visit the beach on hot days. However, this can also be a sign of using anabolic steroids. The pink color is a result of warm blood coming closer to the surface of the skin to get rid of the excess heat and to achieve cooling for the body.

A glance at Cena’s physique will show an aesthetically appealing one, but you will also notice mild bloating in the stomach region. Again, this could be due to many factors, with one of them being excessive retention of water or a result of using HGH or insulin.

When you look at the before and after photos of Cena before he decided to venture into professional bodybuilding, there are a few notable differences and which would all point to the use of steroids. When a comparison is made between the two photos, one will notice that his midsection is considerably thicker, his skull has grown bigger and he is more muscular. All these are classical side effects of using steroids over time. It is only those who use steroids who will find that they have an extra thickness in the hips and the midsection regions.

It is estimated that Cena’s head has grown twice in size from the time he ventured in professional bodybuilding. In as much as the head may not be a muscle, it is a known fact that one of the side effects of using HGH is increased cranium. The hormone has a tendency to increase the growth of bones and tissues in the body, with more pronounced effects being seen on the skull and the nose.

Though no one, including John Cena, can authoritatively claim that he is using steroids, it would be better if we remain convinced with what we already know and the conclusions already made. Whether Cena uses or doesn’t use steroids, one fact that remains is that he is a pro wrestler who works very hard in the gym and eats right to have and maintain his aesthetically appealing physique. 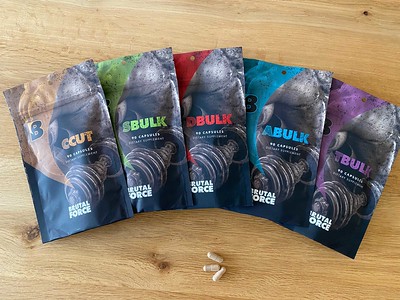 Jinder Mahal - Does he use Steroids​? Truth Revealed